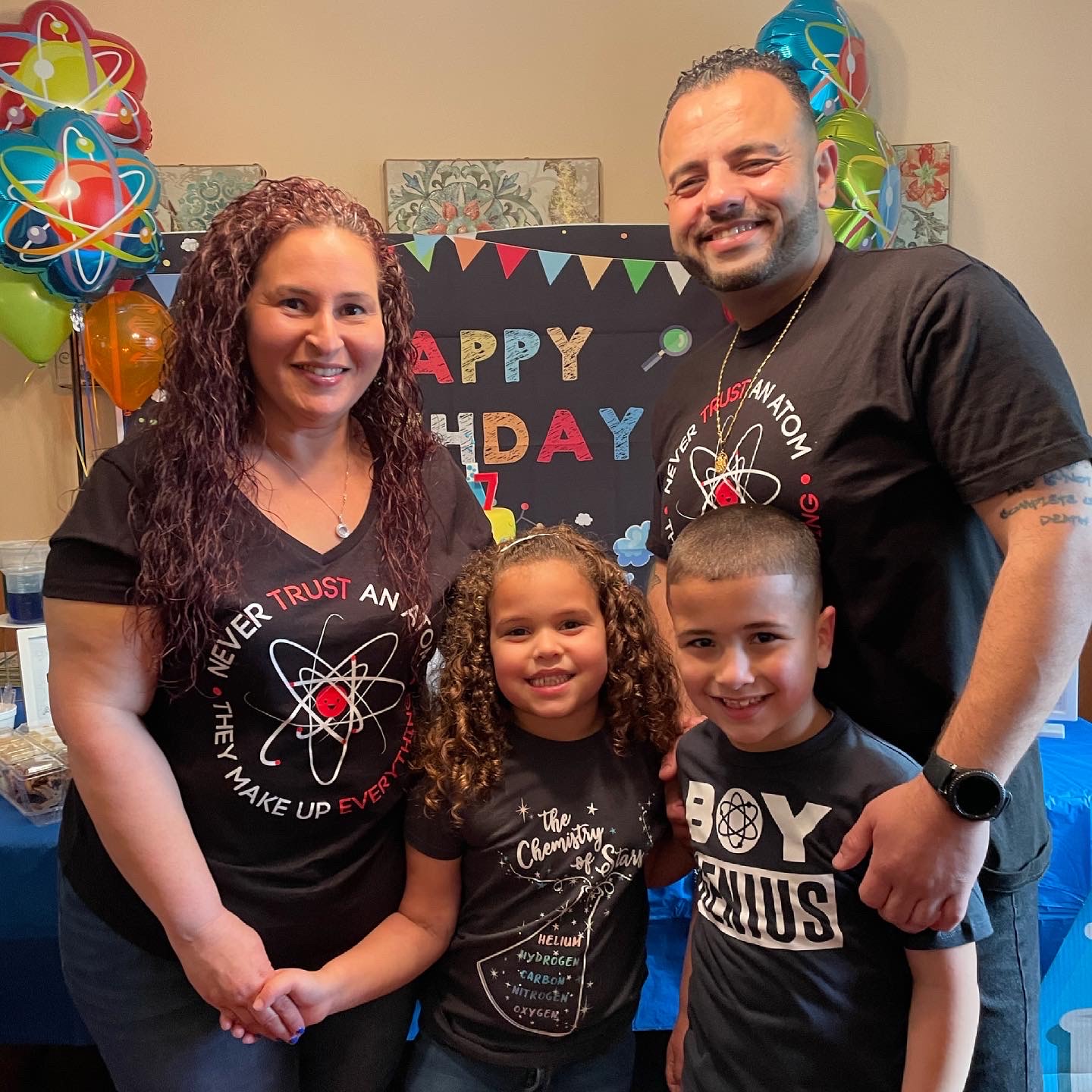 Game-changer. Clutch. Instrumental. These are the words Murad and Mayra Twal used to describe the way speech therapy and the providers at Summit Health changed their son Matthew’s life. For more than four years, the one-on-one sessions vastly improved the way Matthew, who had a stutter, spoke and built his confidence. While the entire health care team—including pediatricians, speech therapists, and specialists—worked in tandem to provide the best possible future for her child.

Stuttering is a communication disorder that disrupts the flow of speech. Nearly 5 percent of all children go through a period when they stutter. Matthew was two and a half when he started showing signs of stuttering, including repeating syllables, elongating certain sounds like “ssss,” and blocking, which means it is difficult to start a word or phrase.

The Path to Treatment

The road to diagnosis and services can be daunting. Mr. and Mrs. Twal are thankful they had their trusted pediatrician, Howard Kornfeld, MD, to guide them. When Mrs. Twal first brought up the concern at an office visit, Dr. Kornfeld evaluated Matthew and walked his parents through the process.

To be officially diagnosed with stuttering, a child must display symptoms for six months or longer. While some stuttering is considered developmental during the preschool years and clears up on its own, other children benefit from early interventions like speech therapy. Over the coming months, Dr. Kornfeld continued to document and track Matthew’s progress carefully.

Sometimes children with stuttering disorders develop what are known as secondary behaviors when they block or repeat. This happens because the child thinks it may stop the stutter. Matthew, for example, would roll his eyes or shake his head.

Leaving no stone unturned, Dr. Kornfield referred him to a pediatric neurologist for an evaluation. The specialist did not have any neurological concerns and agreed that Matthew would benefit from speech therapy. “We had a great team,” describes Mrs. Twal. “As a parent, it was incredible to have everyone on board advocating for what our child needed to succeed.”

Mrs. Twal says it was also critical to have Dr. Kornfield and the neurologist pushing the recommendation forward for Matthew in seeking insurance coverage.

Speech Therapy: The Key to Success

When Matthew first met speech therapist, Nicole Mack, MS, CCC-SLP, the pair hit it off right away. Ms. Mack is one of several practitioners at Summit Health who specializes in evaluating and managing stuttering disorders. She works one-on-one in a personalized, therapeutic setting with individuals of all ages.

“Speech therapy can positively influence how a person who stutters sees themselves and participates in their daily life, including school, extra-curricular activities, work, and interaction with peers,” says Ms. Mack. “My colleagues and I work on strategies to reduce stuttering and address the patient’s attitudes or feelings.” 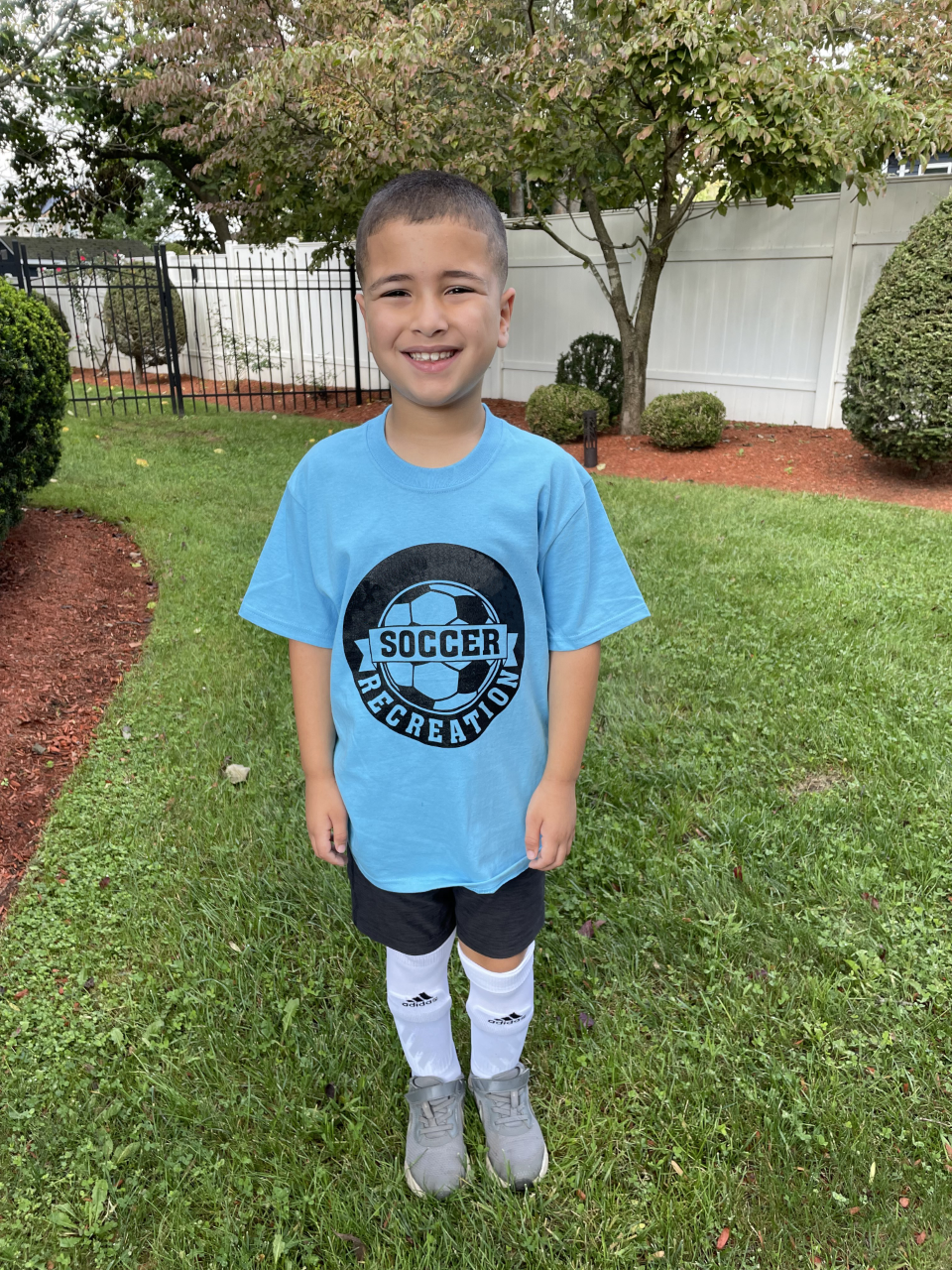 During his biweekly sessions, Ms. Mack taught Matthew strategies to increase fluency and move through movements of stuttering more effectively. For example, one technique that is often instrumental in speech therapy is learning to use their breath to support different sounds. This helps create a more fluid tone of voice.

Ms. Mack made speech therapy fun and picked up on small details that can make a big difference in treatment. She noticed Matthew had a nasal sound in his voice and recommended he see an ear, nose, and throat specialist at Summit Health. It turned out that Matthew’s nasal passages were 97 percent blocked, and his adenoids needed to be removed.

“If it wasn’t for Nicole, we would never have known that he was blocked. She picked up on it right away,” recalls Mrs. Twal. “After the surgery, it was easier for Matthew to use his breath effectively.”

Having all of Matthew’s physicians in the same location was an enormous relief for the Twal family. “It was so convenient that his specialists, speech therapist, and pediatrician were all in the same place. If I did not remember everything one doctor said, it was all in the system, and they could look it up,” says Mrs. Twal.

The speech therapists at Summit Health develop home treatment plans for patients. Homework and daily exercises were an important part of Matthew’s success. For example, Ms. Mack would give him a sheet that focused on a certain letter sound such as H. Repeating words like “hamburger” and “house” forced him to open his mouth and articulate his sounds.

Matthew continued to see Ms. Mack for four years. Today, the seven-year-old no longer elongates or blocks. He is thriving academically and socially in his second grade class.

Mr. Twal says Matthew was always well-adjusted and enjoyed going to speech therapy. He likes playing sports and video games with his friends. “Nicole never made therapy feel like work,” he describes. “We never used labels with him. We just said he was going to work on his ‘bumpy’ words.”

Their biggest advice for parents is to be proactive rather than reactive. “The best thing you can do is advocate for your child if you feel like something is wrong. It is no different than seeking out care for a heart or lung condition,” describes Mrs. Twal. “Every parent wants to give their child the best possible opportunities. Summit Health was there for us, and we encourage everyone to have a trusted pediatrician who can help them utilize these resources that are available to your child because there are so many out there.”

Understanding Stuttering: From Diagnosis to Management