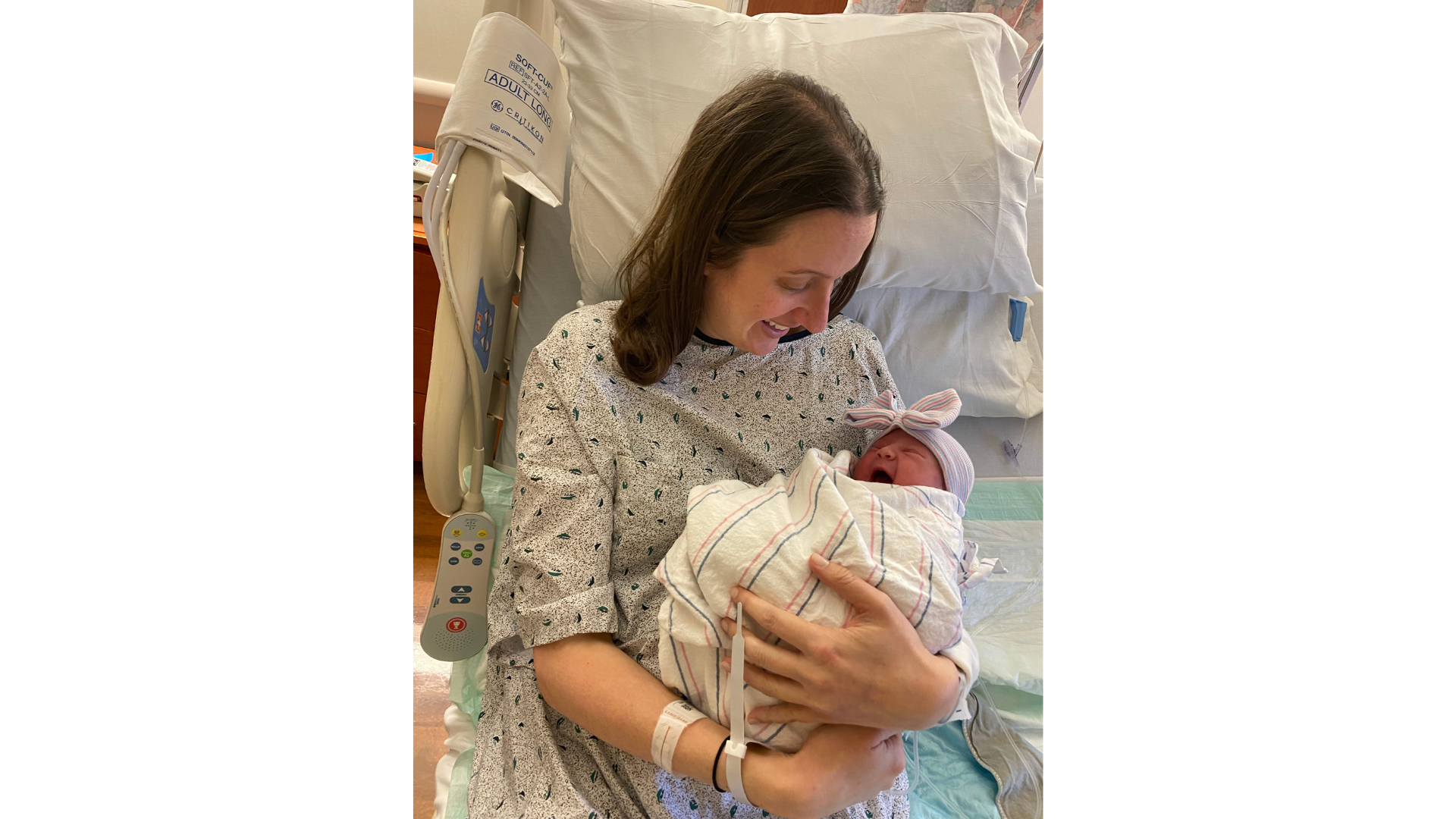 Carla Karp was not yet a mother when she first learned about intrahepatic cholestasis of pregnancy (ICP) through a family member’s experience. Years later, she would develop ICP herself – twice. Today, the New Jersey mother of three works to raise awareness of ICP and support a growing community of women affected by this high-risk condition.

What is cholestasis of pregnancy?

Also known as obstetric cholestasis, ICP is a liver disorder that occurs in pregnancy. With ICP, liver function is impaired, causing a digestive fluid called bile to build up in the liver and blood. Elevated bile acids in the blood trigger intense itching in the expectant mother and can pose a risk to her unborn baby.

About one to two in 1,000 pregnant women in the United States develop ICP. The condition is more common in women with Scandinavian and South American backgrounds; in Chile, the reported prevalence is as high as 15.6 percent, according to the American Liver Foundation.

Family ties and other risk factors 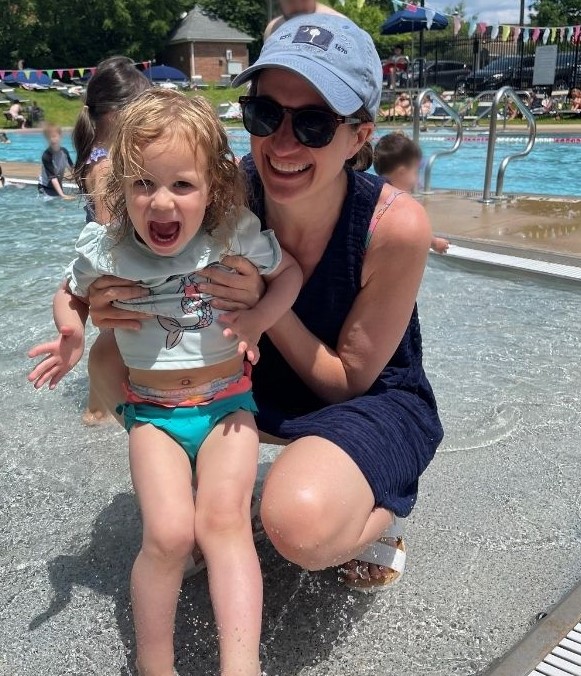 While the cause of ICP is usually genetic, not everyone with a genetic predisposition for ICP will develop it. The middle of three sisters, Carla experienced firsthand how genetics play a role.

Carla’s older sister developed ICP in both of her pregnancies. Her younger sister was diagnosed during one of her pregnancies. And because of her oldest daughter’s experience, Carla’s mother realized she had endured ICP in all three of hers. “She was undiagnosed at the time,” Carla said. “Fortunately, we were all born healthy.”

ICP may also have hormonal influences. Since pregnancy hormones – specifically estrogen and progesterone – are at their highest later in pregnancy, ICP most commonly develops in the third trimester. In addition, women are at a higher risk for developing ICP if they have:

Potential complications for baby and mother

Women with ICP require active management and monitoring to lower the risk of complications to the baby, which can include:

Women with ICP are at increased risk for preeclampsia (a serious blood pressure condition) and gestational diabetes. A risk of maternal bleeding at delivery is rare and reduced with ICP treatment.

When Carla got pregnant the first time, she was aware of her risk for ICP. Fortunately, her risk didn’t become a reality, and she delivered a healthy baby boy in 2015.

Carla approached her second pregnancy with guarded optimism. She and her husband were living in New York City, and her doctor ordered regular blood tests to monitor her liver function. “My doctor there started testing me every four weeks for bile acid in the blood,” she said.

A bile acid test measuring 10 micromoles per liter or above may indicate ICP. (A micromole is a measure of tiny amounts used in some medical tests.) This measure and the presence of other symptoms help doctors confirm an ICP diagnosis.

For most women with ICP, moderate to severe itching is the only symptom. While itching is most common in the third trimester, it can begin earlier. Often, the itching starts on the hands and feet, but it can occur on other parts of the body or be generalized. The itching is usually worse at night. In general, ICP does not involve a rash.

Less-common ICP symptoms can include:

Some itching in pregnancy can be normal or the result of an unrelated condition called PUPPP (pruritic urticarial papules and plaques of pregnancy), which causes a rash. Nevertheless, Dr. DeGraaff encourages women to report any itching, even if it doesn’t lead to an ICP diagnosis. “It’s good to put eyes on the patient,” she says.

“At 32 weeks, I got the telltale itch,” Carla recalls, and subsequent tests showed elevated bile acid levels. She says her New York City doctor was “proactive,” prescribing medication and recommending early delivery at 37 weeks. Her second child, a daughter, was born healthy in 2017.

“Waiting for the other shoe to drop”

After her daughter was born, Carla and her family moved to New Jersey. They were considering the possibility of a third child, so Carla began looking for OB/GYN practices experienced in high-risk pregnancies. She joined a local parents’ group on Facebook to ask for recommendations in the Montclair area and learned about Dr. DeGraaff’s office in nearby West Orange.

Carla made an annual check-up appointment with Dr. DeGraaff in late 2018 and discussed her experience with ICP. Dr. DeGraaff says there was “a high index of suspicion” Carla would develop ICP again, given her family history and a recurrence rate of 60 percent or higher.

During her visit, Carla also shared her concern about the wait time for bile acid test results. Only a few labs in the U.S. perform these specialized tests, and results can take between 36 hours to 10 days. “So I said, ‘If I get pregnant again and start to itch, please put me on medication right away,’” she says.

Carla got pregnant for the third time the following summer. She soon met Dr. DeGraaff’s West Orange colleagues in preparation for any of them to oversee her delivery. In the meantime, she says, “I was kind of waiting for the other shoe to drop.” At 31 weeks, as she feared, Carla started itching again.

“I felt like I was in good hands the whole time”

The itching started on a Friday night, and Carla wasted no time when Monday arrived.

“I drove to the doctor’s office without an appointment,” she said. “It’s scary – realizing that my body is toxic for my baby.” Stephen Crane, MD, FACOG, offered to see her right away. Dr. Crane evaluated Carla, ordered a bile acid test, and wrote a prescription for UDCA. “He was very comforting and good for my mental health that day,” Carla recalls.

Afterward, Carla continued to undergo fetal monitoring and follow up with Dr. DeGraaff, who recommended inducing labor at 36-37 weeks. Early delivery is often recommended at around 36 weeks to reduce the risk of complications. Dr. DeGraaff says delivery in the 38th week is possible if test levels remain low.

Carla’s induction was scheduled for March 2020, when parts of the U.S. were shutting down in response to the growing coronavirus pandemic.

“It was a scary time to deliver because of the pandemic,” she said. Another colleague of Dr. DeGraaff’s, Lisa Hayes, MD, FACOG, delivered Carla’s baby – another healthy girl. “It was a good, easy experience. Dr. Hayes was great,” says Carla.

Because bile flow returns to normal after delivery, Carla’s ICP symptoms soon disappeared. “The cure for cholestasis of pregnancy is delivery,” she says, adding her postpartum blood work showed normal levels. “I felt like I was in good hands the whole time,” says Carla as she reflects on her experience with Dr. DeGraaff and her team.

Aside from the risk of developing ICP in future pregnancies, most women do not experience more liver problems after delivery. Dr. DeGraaff says postpartum liver issues may be due to an underlying issue. “You have to look for other reasons,” she says.

A community of “fellow itchy moms”

Today, Carla stays active with her busy household, legal career, and board member role with ICP Care. ICP Care is a nonprofit organization that works to raise awareness of ICP and provide education and support to families affected by it.

She’s found a community of “fellow itchy moms” through ICP Care who share their experiences, advice, and support – and encourage ICP families to advocate for their babies in utero. “Having that sense of community is really helpful,” she says. “You’re not alone.”

June is ICP Awareness Month. Learn more about ICP Care and its efforts on its website.

Missed your period? Here are some reasons why