Type 1 Diabetes: Two Children Share Their Stories Part One: The Road to Diagnosis

This is the first article in a two-part series featuring grateful patients with Type 1 diabetes.

Two New Jersey families’ lives changed forever when their young children were diagnosed with Type 1 diabetes, formerly known as juvenile or childhood diabetes. Today, they approach their new normal with optimism and admiration for their children’s resilience. 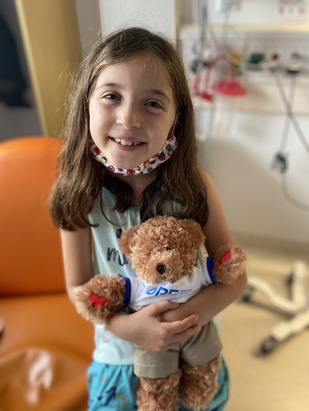 Grace’s mother, Rebecca, thought her daughter was anxious about starting second grade when she wet the bed the weekend of her 8th birthday. At Grace’s annual wellness visit a few days later, her pediatrician Howard Kornfeld, MD, expressed concern about her growth chart weight measurement dropping to the 50th percentile from the 80th the year before.

“She grew a couple of inches that summer and I remember thinking, ‘Oh, she’s just lost her baby fat,’” Rebecca recalls. “Diabetes was not on my radar.”

Dr. Kornfeld ran more tests and delivered unexpected news. “He said, ‘I’m pretty sure Grace has diabetes. I need to do a finger prick,” Rebecca recalls. It was a moment of realization for Grace, who had recently watched an episode of “The Baby-Sitters Club” where a character revealed she has diabetes.

“That’s the episode Grace knew — and she fell to pieces,” Rebecca added. Dr. Kornfeld told her to take Grace to the hospital right away. 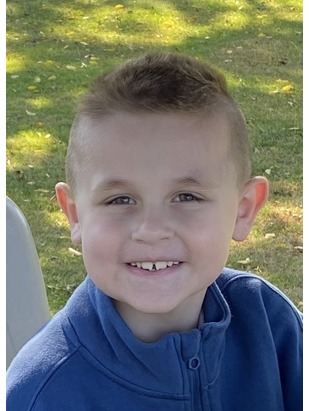 Matt also noticed bed-wetting out of the blue shortly after his son, who goes by Matty, turned 5. During the day, Matty was also making more trips to the bathroom. Eventually, he had to go every 30 minutes, which prompted them to visit the pediatrician.

The pediatrician ordered blood work. A few days later, Matty was diagnosed with diabetes. “We were stunned,” says Matt. The family quickly looked for a pediatric endocrinologist and found Sadana Balachandar, MD, who reviewed Matty’s blood test results and immediately referred him to the hospital.

As Matty’s diagnosis sank in, Matt says he wondered, “What did we do wrong? Is this because of his diet?” He remembers Dr. Balachandar, who treats both Matty and Grace, reassured him by saying, “This is nobody’s fault.”

Without insulin, sugar builds up in your blood, causing high blood sugar, a condition known as hyperglycemia. This can lead to serious health problems if left untreated.

The disease usually affects children and teens, although it can develop at any age. About 64,000 people in the U.S. are diagnosed with Type 1 diabetes each year. Type 1 diabetes is less common than Type 2, which affects about 1 in 10 Americans. Only some 5% of people with diabetes in the U.S. have Type 1. Type 2 diabetes occurs when the pancreas is not making enough insulin, or the body isn’t using it as it should.

Researchers don’t yet know the exact cause of Type 1 diabetes. However, they believe genes and environmental factors, such as viruses, may trigger the disease.

Type 1 diabetes symptoms usually appear over a few days to weeks. In children, Dr. Balachandar says common symptoms can include:

If diagnosis or treatment is delayed, Type 1 diabetes can be life-threatening due to a complication called diabetic ketoacidosis (DKA). DKA happens when the body starts breaking down fat for energy — into a fuel called ketones — due to the lack of insulin. When ketones build up in excess, they can cause your blood to become acidic.

But with the right treatment and follow-up, children and adults can learn to manage their diabetes and lead normal lives. At Summit Health, our diabetes care team — including primary care physicians, pediatricians, endocrinologists, and diabetes educators — works together to develop a treatment plan to help manage the condition.

Stay tuned for Part Two: Treating Type 1 Diabetes and learn more about how Grace and Matty learned to control their diabetes using a combination of lifestyle changes and medication.