Getting Blocked Up: Gallbladder Disease 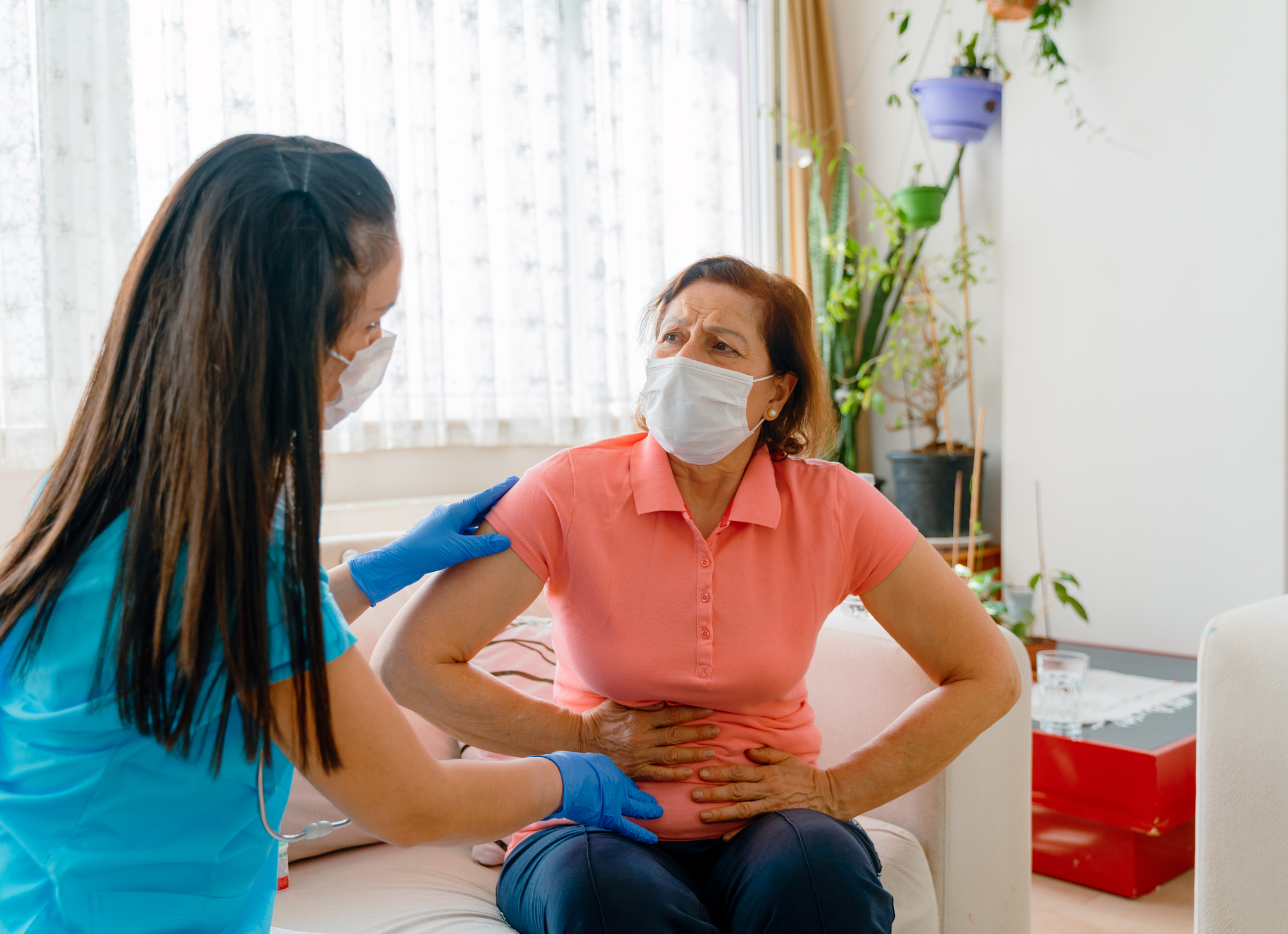 More than 25 million Americans have gallbladder disease. And yet, most of us do not give much thought to the health of this tiny organ. Located right below the liver, the gallbladder helps digest the food we eat — but it is also something we can live a perfectly healthy life without.

Think of the gallbladder as a storage facility; its job is to hold a fluid called bile that is produced by the liver. Bile breaks down fat from the foods we eat so it can be absorbed by our digestive system. A series of tubes called ducts allow the bile to travel from the liver to the gallbladder where it is stored until is moved into the small bowel to help digest what was eaten.

You probably know someone who does not have a gallbladder. Surgery to remove the gallbladder is one of the most common operations performed worldwide. But even though the organ helps process food and get rid of waste, the body can function normally without it. When your gallbladder is removed, the bile can flow directly into your digestive system instead of being stowed away in the gallbladder first.

“Consider the trunk of your car. If you could not use your trunk for some reason, the car would still function normally,” explains James Lopes, MD, a general surgeon at Summit Health. “Your gallbladder is not an essential organ. This means you can live a normal life without one.”

The signs of gallbladder disease are often overlooked. The most common symptoms are typically bloating and pain in the upper abdomen, shoulder, or back. Symptoms occur more commonly on the right side since the gallbladder sits in the upper right part of the abdominal cavity. Some patients describe the pain as a “twisting or burning” that comes and goes. Others compare it to a “belt tightening” around their lower chest or upper abdomen. People tend to notice these symptoms when they eat heavy or fatty foods because their gallbladder is called into action.

“If you are concerned about the way you feel after you eat, talk to your doctor. Removing the gallbladder is a safe surgery and can return your life back to normal so you can eat without fear,” says Dr. Lopes.

There is a lot that can go wrong with the gallbladder and bile ducts. Gallbladder disease is a group of conditions that can cause inflammation, infection, or blockages that obstruct the flow of bile. The most common problems include:

If you are experiencing symptoms, your physician will refer you to a gastroenterologist. An imaging test called an ultrasound, which produces pictures of your abdomen, is usually the first step. “An ultrasound can show evidence of stones, thickening and inflammation in the gallbladder, or obstruction of the liver,” explains Dr. Brown. Blood tests can also indicate if the liver is inflamed or obstructed.

When needed, advanced imaging scans, such as a CT or MRI, can show the anatomy in more detail. A hepatobiliary iminodiacetic acid (HIDA) scan is a specialized scan that shows if the gallbladder is emptying properly.

At Summit Health, highly trained gastroenterologists, like Dr. Brown, specialize in performing a state-of-the-art procedure called endoscopic retrograde cholangiopancreatography, or ERCP. The test is used to both diagnose and treat problems in the gallbladder, bile ducts, and liver.

During the procedure, a long flexible tube with a tiny camera on the end, an endoscope,  is placed into the mouth and passed into the intestines to assess the gallbladder and biliary system. At the same time, X-ray imaging with contrast dye is used to illuminate the anatomy and help identify any narrowing, stones, inflammation, or blockages. If an obstruction is found, Dr. Brown can pass tiny instruments through the endoscope, such as a stent or balloon that can hold the narrow bile ducts open.

When to Have Surgical Treatment

In cases where the patient has acute inflammation or debilitating pain, surgery is often emergent. But many individuals have symptoms that come and go. The gastroenterologists at Summit Health know that every patient is different. As partners in your care, they will help you decide if — and when — surgery is right for you.

“If a patient had some mild abdominal pain that went away after a few minutes and is now eating normally, we can certainly take a wait-and-watch approach,” explains Dr. Lopes. “However, if the patient's symptoms were severe enough that they went to the ER or urgent care and were released, then it may be prudent to remove the gallbladder in these situations to prevent future middle-of-the-night trips to the hospital.”

Quality of life is also important, notes Dr. Lopes. “No one should be living in fear because of their gallbladder,” he says. “If a patient is afraid to eat, even after one episode, then it is reasonable to consider surgery.”

Medications called bile acids can be used to dissolve certain types of gallstones; however, only select patients may benefit from this type of treatment. There is a higher rate of gallstone recurrence with bile acids, and patients also tend to experience gastrointestinal side effects.

“Taking medications is not a guarantee that another attack will never occur,” explains Dr. Lopes. “In patients who can tolerate surgery, the standard of care is to remove the gallbladder.”

The gallbladder can usually be removed safely as an outpatient procedure or as an inpatient with a minimal hospital stay. In the U.S., the majority of gallbladders are removed using a laparoscopic technique known as keyhole or laser surgery.  This minimally invasive method uses four small incisions — about the size of your fingernail — in the upper abdomen. Laparoscopic gallbladder removal is a safe, same-day procedure with minimal complications.

What to Expect After Surgery

You may experience soreness around the incision sites. Dr. Lopes tells his patients it is like waking up the day after performing 1,000 sit-ups. He advises patients not to lift anything over 10 pounds for one month. Diet tolerance will vary from person to person. You may need to cut back on fatty, greasy foods, but within a short period most patients are feeling much better and able to return to their usual activities.

What Are Pancreatic Cancer Symptoms?

Ministroke Symptoms You May Be Missing

How to Help Your Child Overcome Pandemic Weight Gain