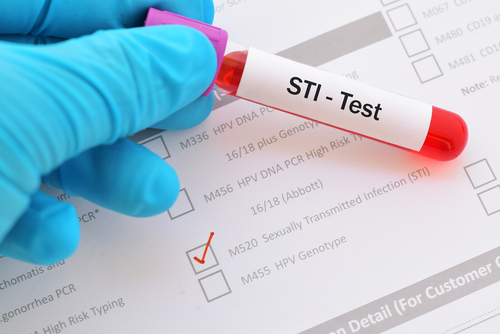 According to the Centers for Disease Control and Prevention, one in five people has a sexually transmitted infection (STI). Contributors to this alarmingly high statistic include the massive spread of inaccurate information and the feeling of embarrassment that comes with talking about sexual health.

With the help of Dr. Danit Brahver, a women's health specialist and family medicine physician at Summit Health, we've addressed some of the most common misconceptions that are putting people at greater risk for contracting an STI.

Everyone who is sexually active is at risk for a sexually transmitted infection. "STIs are very common, but certain populations are at higher risk for contracting specific ones," notes Dr. Brahver. “For example, HIV and syphilis tend to be more prevalent among men who have sex with men. Hepatitis C and B are much higher amongst people who use or have used intravenous drugs."

But even if you don't fit into those groups, it's important to always practice safe sex because anyone can get a sexually transmitted infection.

Many sexually transmitted infections are asymptomatic early on, including:

"You can have symptoms, but they're usually mild and painless, and you don't even know that you have something early on," says Dr. Brahver. If these things go untreated, they may cause greater health issues down the road, including:

All of these problems create an increased risk of death, which is why it's still important to see your primary care provider for regular screening.

"I can't get an STI through oral sex."

"I'm in a monogamous relationship, so I don't need to worry.”

While having multiple sexual partners does increase your chances of getting an STI, that doesn't mean it's impossible to get one if you're monogamous. There are certain steps to take to ensure a healthy sexual relationship:

"HIV is no longer something to worry about.”

The medical community has made strides with HIV and AIDs, but there are still challenges. "There are people living long lives that aren't having a problem, but it's not curable," Dr. Brahver says. "Health care disparities exist when we look at who is most affected by HIV. We are still seeing very high rates of new infection in young Black and Latinx men who have sex with men, while rates are declining among white men who have sex with men of any race or ethnicity. The medical community has a lot of work to do to eliminate this health care disparity.”

A daily medication known as prEP (pre-exposure prophylaxis) is used to help prevent HIV in those who are considered high risk. However, prEP is just a small part of a comprehensive prevention strategy. It works best when used in conjunction with other preventive actions such as proper protection and regular HIV testing.

What else can be done to prevent STIs?

Dr. Brahver points to strong public health strategies as an important move forward. "We need to remove the stigma and get people more comfortable with talking about sexual health, whether it’s parents at home with their children or educators in school," she says. "We also need to focus efforts on bringing low-cost testing and preventative treatments to the most affected communities." Another important step you can take is to talk to your provider about vaccines that can reduce your risk for diseases, such as the HPV vaccine and hepatitis B vaccine.

The Pros and Cons of Probiotics on Gut Health