Ten Things You Should Know About Inflammatory Bowel Disease 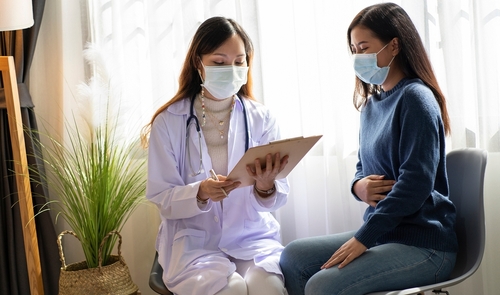 Inflammatory bowel disease (IBD) is a group of disorders that cause chronic inflammation to develop in the digestive tract. The telltale symptoms, which include diarrhea, abdominal pain, fatigue, weight loss, and rectal bleeding, can be debilitating and significantly interfere with an individual’s quality of life. Nearly 3 million Americans have IBD.

When IBD is not treated, it can cause serious complications. Thankfully, there are excellent treatments to keep the condition under good control. Dennis Han, MD, a gastroenterologist at Summit Health helps patients manage the ups and downs of this chronic disease. “IBD has a chronic, relapsing, and unpredictable path, which can be associated with significant physical and psychosocial burdens,” he says. “The disease course commonly manifests as alternating periods of remission and relapse with flare-ups occurring in an unpredictable pattern.”

While there is no cure for IBD, Dr. Han explains, there are medications available to help control and treat active disease, as well as reduce symptoms. Here are ten things everyone should know about IBD.

Sometimes IBD is confused with irritable bowel syndrome (IBS). While the symptoms of both conditions are similar, there is no visible damage in the gastrointestinal tract with IBS.

2.  Crohn’s disease and ulcerative colitis are chronic, lifelong diseases that need to be managed. People with IBD often describe the condition as a rollercoaster. They will experience flare-ups when the disease is very active and then periods of remission when they have little or no symptoms. This often occurs in an unpredictable pattern, and the severity ranges from person to person. If the disease is not well-controlled, however, symptoms generally become worse over time.

3.  Symptoms of IBD can vary, but the most common ones are telltale. Patients most commonly report diarrhea, rectal bleeding, abdominal cramping or pain, fatigue, and weight loss. Anyone can experience abdominal pain or constipation at times.

“You should make an appointment to see a doctor if you experience abdominal pain that is severe or does not improve after a day, particularly if it is associated with nausea and vomiting, weight loss, and/or associated with abnormal bowel movements, including diarrhea and bloody stools,” advises Dr. Han.

4.  Most individuals with IBD are diagnosed before the age of 30. IBD occurs mostly in young adulthood, although the pediatric and elderly populations are being increasingly affected, explains Dr. Han. The exact cause of IBD is still unknown. Researchers suspect it is triggered by a combination of environmental and genetic factors, as well as immune system responses. Dr. Han says genetic factors seem to play a greater role in younger patients. While the majority of people with IBD have disease onset before age 30, about 10 percent of cases occur in older individuals.

5.  IBD is diagnosed using a combination of tests. The first step is a thorough history and exam by your physician. If IBD is suspected, blood work and stool tests may be ordered to identify abnormalities caused by the disease, such as anemia and infection. To get a closer look at the gastrointestinal tract, physicians typically use endoscopic procedures, including endoscopy and colonoscopy, to examine the inside of the esophagus, stomach, small and large intestines, and rectum. During the procedure, a thin, flexible tube with an attached camera is placed into the body through the mouth or rectum. Imaging procedures, including CT scans and MRIs, also provide detailed images of the abdominal organs and cavities.

6.  Numerous treatment options are available. “The goal of IBD treatment is to achieve remission. There have been great advancements in the medications available to treat IBD over the past decade,” says Dr. Han. Many classes of drugs, including anti-inflammatory agents, immunomodulators, and biologics are part of the armamentarium your provider can use to help manage your IBD.

7.  Medication is always the first option, but some patients also end up needing surgery. In severe cases, patients with ulcerative colitis may have their colon or rectum removed. Individuals with Crohn's disease can require many different operations, including fistula removal for ulcers and bowel resections that get rid of the diseased portions of the small or large intestine.

8.  When left untreated, IBD can lead to serious complications. “Uncontrolled inflammation in the digestive system can lead to serious complications. Intestinal strictures, obstructions, and perforations can occur with the progression of inflammation,” explains Dr. Han. “Uncontrolled IBD can also lead to arthritis, skin issues, liver problems, and bone loss.” Patients with IBD are also more likely to develop colon cancer when compared with the general population. For most IBD patients, a colonoscopy is performed eight years after disease onset for colon cancer screening. Surveillance is then performed every one to three years based on findings.

9.  IBD is an unpredictable disease. Individuals diagnosed with Crohn’s disease and ulcerative colitis can lead relatively normal lives; however, there may be times when they need to rest or miss activities. Patients with IBD often have to use the bathroom urgently. Adolescents may benefit from accommodations at school.

10. The cause of IBD is unknown, but it does tend to run in families. “Despite advancements in understanding the pathogenesis of IBD, the exact cause of IBD remains unclear. Environmental factors coupled with genetics and immune responses appear to play a major role in development of IBD,” says Dr. Han.

There are several known risk factors associated with IBD. If you have a first-degree relative with Crohn’s disease or ulcerative colitis, you are more likely to develop the condition. IBD also affects a higher number of Caucasians when compared with other races. Research has also linked cigarette smoking with Crohn’s disease.

Lupus in Children and Teens

Shining a Spotlight on Interstitial Lung Disease and Pulmonary Fibrosis

The Proper Diet for a Healthy Colon