All Summit Health patients ages 12+ may schedule COVID-19 vaccine appointments through the patient portal or by calling their provider’s office. Minors must be accompanied by a parent or guardian.

Understanding Autism: The Role of Your Pediatrician 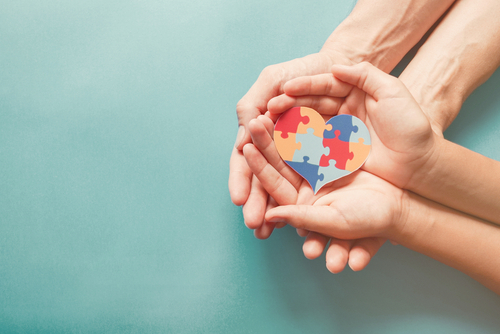 Every child is different and develops at their own pace. But pediatrician Ruba Hanna, MD says certain behaviors and delays are definitely a concern. Her job is to identify red flags or missed milestones in Summit Health’s littlest patients so they can get the services they need to thrive at home and in school.

Autism spectrum disorder (ASD) is a lifelong group of disabilities that interfere with a child’s ability to communicate, socialize, and behave appropriately for their age. Whenever a young child comes in for an office visit, Dr. Hanna looks for common symptoms of ASD, including avoiding eye contact, delayed speech, and repetitive movements. Most children will show signs of autism by age two.

“We are constantly observing our patients for signs of developmental disorders, particularly around the critical age of 12 to 18 months,” says Dr. Hanna. “Some of the signs I look for in children include screaming or excessive crying, saying only a few words, not acknowledging me during the exam, making repetitive movements like arm flapping or rocking, and displaying obsessive compulsive behaviors such as arranging toys a certain way.”

ASD is one of the most common developmental disorders affecting one in every 54 children. Boys are four times more likely to be diagnosed with autism than girls. Since autism is a spectrum it can range from mild to very severe. Some children need only minor intervention and can thrive in a normal school environment, while others are nonverbal and need one-on-one assistance.

The key to helping a child with autism is early intervention, diagnosis, and treatment. “The younger the child is, the more receptive the brain is to treatment. As the brain ages, it becomes less malleable,” explains Dr. Hanna. “When we intervene early, the improvements are tremendous. The more intensive the treatment, the better the outcome.”

Summit Health pediatricians routinely ask specific developmental questions at all well visits with a specific screening tool at 18 months and two years of age. “For this reason, it is critically important to schedule well visits for children who are not yet of school age,” says Dr. Hanna.

A diagnosis of autism can be extremely disheartening and difficult to accept. Families who are in denial may delay starting services during this critical window of time.

“Many parents do not want to believe something is wrong. If their child isn’t talking, for example, family or friends may give them false hope by saying they know someone who began talking late,” explains Dr. Hanna. “Even though it is difficult, I advise them to pursue what is best for the child: see a specialist and take early intervention seriously.”

Finding the right diagnosis can take time. There is no definitive blood test or brain scan that tells you a child has autism. The diagnosis is based on observing how they communicate, socialize, and behave. Children with autism may appear to have other conditions, such as a learning disability, obsessive compulsive disorder, sensory processing issues, or problems with hearing or vision. These conditions can also exist alongside autism.

A child’s pediatrician may refer a child for outside services and additional evaluation if they notice delays. Speech and hearing consultations are typically one of the first steps. They may also suggest making an appointment with a specialist called a developmental-behavioral pediatrician.

“The unfortunate problem is that many of these specialized pediatricians have significant wait lists,” she says. “While the family is waiting, it is important to start services, so they do not waste precious time.”

The Early Intervention Program (EIP) is a public state program that will evaluate any developmentally delayed child until age three in their natural environment at home. If your child’s assessment shows they are eligible, EIP providers—such as developmental learning specialists, psychologists, physical therapists, or speech/language pathologists—will start services right away. As part of the American Disabilities Act, children of school age can receive services through their public school district. Says Dr. Hanna: “With autism, the more help they can get the better—five sessions a week is better than two or three.”

For nearly two decades, the prevalence of autism in the U.S. has been steadily increasing. Researchers think there may be differences on the brain scans of children with autism, but the exact cause of the disorder is still unknown. In some families there appears to be a genetic predisposition.

In 1998, there was a destructive myth that vaccines were linked to the development of autism in some children. This theory was widely discredited throughout the medical community. However, Dr. Hanna still finds herself clearing up this misconception. “Certain parents want to wait to give the MMR vaccine until age four, and I have to explain to them why that is not recommended. Vaccines are essential to keep children healthy into adulthood and they absolutely do not cause autism.”

The key to helping a child with autism is to be proactive and start services early. With the right plan and team in place, your little one will have the resources they need to reach their full potential. Your pediatrician is here to help you along your parenting journey. Dr. Hanna encourages parents to be honest about their concerns at checkups and ask questions to maximize the role of your pediatrician in your child’s development.

Pediatric Care and the COVID-19 Vaccine