Do You Have Pandemic Tummy? 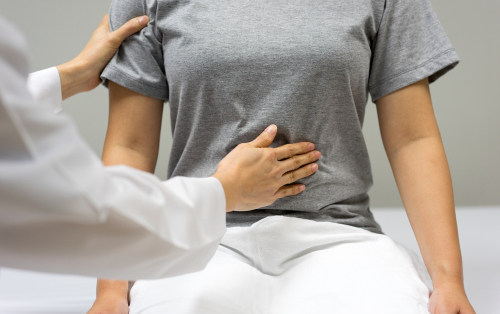 Have you been experiencing stomach pain, bloating, or a change in bowel habits since the pandemic started? If your answer is yes, you may have what some physicians refer to as “pandemic tummy”—digestive symptoms that have developed or become worse through the COVID-19 crisis.

"Stomach issues like heartburn, cramping, abdominal pain, bloating, gas, and diarrhea or constipation are always common,” explains Scott Gelman, MD, a gastroenterologist at Summit Health. “But there does seem to be an uptick in the number of patients coming in for either new or worsening symptoms since the pandemic began.”

Pandemic tummy is also used to describe the physical appearance of the stomach. Weight gain and loss has been common during quarantine. A survey from the American Psychological Association found that 42 percent of adults have packed on extra pounds.

“We know that stress contributes to digestive symptoms, particularly those associated with IBS and GERD,” says Dr. Gelman. “For many of my patients, their worries only became worse during quarantine. They described concerns about their health and well-being, job security, social isolation, and their children’s education.”

“I think the physical and social isolation hit young people particularly hard,” he says. “At a time when they should be socializing, going to school, playing sports, and participating in activities, they were forced to quarantine at home.”

The Road Back to Normal

As people begin to return to some form of normalcy, Dr. Gelman says there are many changes you can make to get your  health back on track. First, he recommends modifying your diet and returning to a regular exercise program. “Be proactive and start addressing these changes now,” he advises.

Dr. Gelman suggests several specific dietary changes that can improve symptoms of GERD and IBS. They include:

In addition to these lifestyle changes, Dr. Gelman also recommends making an appointment with a physician. Over-the-counter medications, including antacids, H2 blockers, and proton pump inhibitors, can be used to treat mild GERD for short periods of time. However, if your symptoms persist for more than a month or so, it is imperative you speak with a specialist.

“If you are requiring continued use of over-the-counter medications to control your symptoms, it is important to follow up with a provider,” explains Dr. Gelman. “IBS and GERD can mimic other illnesses, so it is important to have a thorough evaluation.”

Always consult your doctor before attempting a new diet or starting a new exercise regimen.

How to Help Your Child Overcome Pandemic Weight Gain