Multidisciplinary Care for the Treatment of Prostate Cancer - A Patient Story 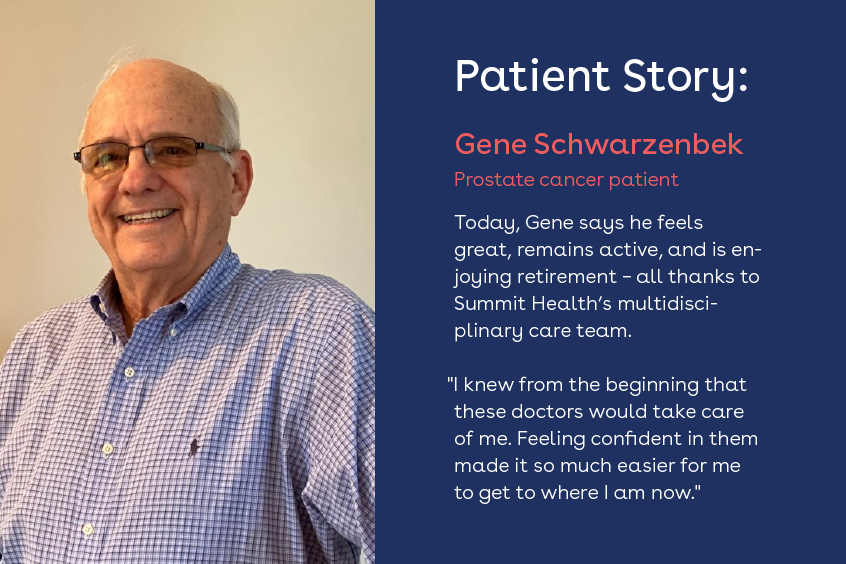 Today, Gene Schwarzenbek says he feels great, remains active, and is enjoying retirement – all thanks to Summit Health’s multidisciplinary care team. Gene was diagnosed with early-stage prostate cancer, a disease that affects 1 in every 8 men in the U.S. and usually does not cause symptoms unless it is in a late stage. But thanks to regular preventive visits with his internist and the personalized treatment he received at Summit Health, the cancer was detected almost as soon as it started. 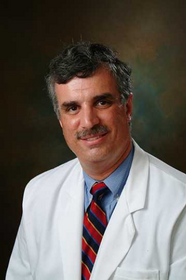 “I worked for a bank, and, as an executive, one of the requirements was to have an annual appointment each year,” recalls Gene, who has been a patient of Michael Parziale, MD, an internist in Short Hills, for 25 years. “I was always very healthy — I never took a pill and hardly ever got sick. I can honestly say that I don’t know if I would have made a habit of that routine physical exam if it was not mandatory. When you are young and healthy, you may not even think about a checkup — and that is dangerous.”

A review of risk factors and a discussion about cancer screening tests are part of routine preventive visits with a primary care physician (PCP). Based on a patient’s age, gender, family history, and risk factors, internists like Dr. Parziale will recommend screenings like mammograms, colonoscopies, and lung scans at different times and intervals. They also perform routine blood work, which can be helpful in identifying markers for cancer and tracking changes over time. A shared decision is usually made between the patient and PCP regarding the risks and benefits of screening for prostate cancer in men.

Based on Gene’s family history of prostate cancer and preferences, both Dr. Parziale and Gene decided that a prostate cancer screening would be undertaken.  When Gene’s PSA was found to be elevated, a multidisciplinary team went into action to help diagnose and manage his prostate cancer.

As part of a routine exam, physicians will discuss various cancer screening tests individualized to each patient. The U.S. Preventive Services Task Force (USPSTF) – a group of experts that makes evidence-based guidelines for preventive care based on the latest science – recommends that men between the ages of 55 and 69 without any risk factors should discuss prostate cancer screening with their physician to determine the benefits and harms of screening.

In Gene’s particular case, a shared decision was made that PSA screening would be beneficial based on his family history and personal risk factors. Both Gene’s father and brother had 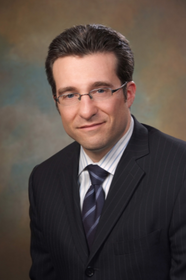 prostate cancer. And for him, it was beneficial. When Gene’s PSA came back higher than normal, Dr. Parziale immediately looped in Michael Volpe, MD, a urologist at Summit Health who specializes in prostate cancer. A few days later, Gene had a biopsy, but it came back clean. Even though there was no evidence of cancer at the time, Dr. Volpe suggested that they continue to monitor Gene closely. And for good reason. Two years later, in January 2021, Gene’s PSA had more than doubled. After another biopsy and an MRI, three cancerous spots were discovered.

“I was honestly not shocked or too alarmed when I found out I had cancer. I knew from the beginning that these doctors would take care of me. Feeling confident in them made it so much easier for me to get to where I am now,” Gene explains.

Since prostate cancer grows so slowly and was caught right away, Gene was able to handpick his treatment. Patients with very early prostate cancer are usually given the option to decide between active surveillance, surgery, or radiation. Many men also elect a wait-and-see approach instead of treatment. This is also known as active surveillance, as the tumor is monitored closely for any growth with a combination of biopsy, MRI, and regular PSA testing. 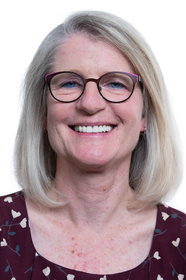 Gene met with Molly Gabel, MD, Chair of Radiation Oncology at Summit Health, to discuss what path was right for him. He was eligible and opted for a four-week accelerated course of radiation, which included 20 daily radiation treatments.

“When we catch prostate cancer this early, it doesn’t necessarily require knee-jerk treatment,” explains Dr. Gabel. “Patients can choose to watch it closely and get treatment when it is convenient for them. It really empowers the patient to make a decision that is best for them.”

The choice, however, can also be stressful for patients. All the options — active surveillance, radiation, and surgery — have a similar success rate. In fact, the five-year survival rate for both local and regional prostate cancer is nearly 100 percent. Gene says the education provided by Drs. Gabel and Volpe helped him feel confident and make an informed decision. Gene wanted to avoid surgery but also did not feel comfortable waiting. “I just wanted to get the cancer out,” he describes.

“In many cases, it really depends on the patient’s preference,” says Dr. Gabel. “I educate them about what the treatments are like, their potential side effects, and the success rates. But in the end, if all else is equal, I usually tell them to vote with their heart and gut.” 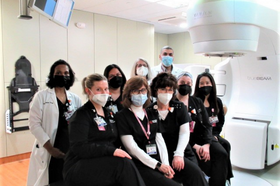 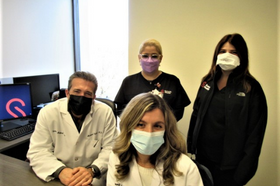 Gene describes the radiation treatments as seamless. Everything was done locally at Summit Health’s multispecialty campus in Berkeley Heights. Today, many patients with prostate cancer can finish their treatment in only a month. Gene completed his course in November. When he saw Dr. Gabel right before Christmas, his PSA had already decreased significantly.

“I can only rave about the staff and my entire experience,” describes Gene. “Summit Health is such a cheerful environment. I never felt rushed, and everything was explained well to me in layman’s terms. It was also extremely convenient—it took 15 minutes to drive to treatments, and there was special parking put aside for me, which I really appreciated.”

Today, Gene encourages his sons, son-in-law, daughters-in-law — and anyone else who hears this story — to make the time for an annual physical. The protocol for screening tests changes frequently, so having a primary care physician who knows what to do and when can be lifesaving.

“I tell my story to encourage other people to take charge of their health,” says Gene. “Everyone needs to find a good primary care doctor, get that physical every year, and follow their recommendations to the letter. Don’t hesitate—make your appointment.”

Ministroke Symptoms You May Be Missing