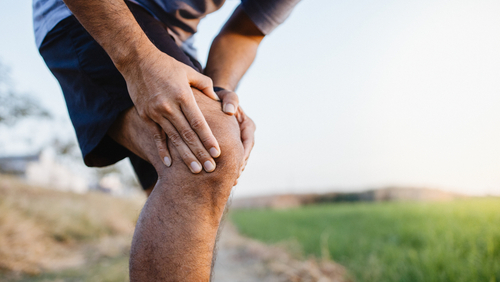 Now that COVID-19 cases are waning and summer is here, it's time to play. But with increased activity comes the increased risk of injury.

The following guide will help you determine if and how a strain, pull, or tear has occurred, and when to go for a professional assessment.

Summit Health orthopedic surgeon Dr. David Abrutyn says that during the summer, he usually sees an assortment of ankle sprains, hamstring strains, and calf injuries. He calls these "typical overuse injuries that you get from playing too much or trying to get fit too fast."

He also diagnoses a lot of ACL (anterior cruciate ligament) and meniscal tears in the knee but says that these kinds of traumatic tears are typically from non-contact injuries that result from changing direction too quickly or landing in an awkward way. "Even incredibly fit athletes tear their ACLs," he says, adding that it's more about positioning. "Typically, tears happen when you land in an awkward position with your body weight behind your knee and there is a sudden twist. Your body goes one way and your knee another.”

Doing the same activity day after day and season after season—the way kids do, specializing in one sport—is not recommended, particularly for the knees. Playing "cutting" sports like soccer and basketball (those that emphasize certain motions over and over) also frequently results in ACL and meniscal tears.

Females are also at greater risk of tearing their ACLs than males. "It is important to focus on biomechanics and neuromuscular (core, quadriceps, hamstring) strengthening," Dr. Abrutyn says. Women are often more flat-footed and don't bend their knees and hips as much when landing from a jump, which could be due to the shape of the pelvis and weakness in their core and gluteal (buttock) muscles.

So how do you know if you've merely tweaked your ankle or knee, or if it's something more serious? Here are some signs that the injury is more significant:

Dr. Abrutyn recommends icing, resting, and stretching the injured area gently. Then, if it hasn't improved in a week or so, it's time to seek medical attention. But if you feel a pop, shift, or a buckle in the knee, along with severe pain and swelling, Dr. Abrutyn advises heading to a Summit Health Urgent Care, CityMD, or seeing an orthopedist as soon as possible.

An orthopedist can usually tell just by examining your knee whether you might have torn your ACL. First, Dr. Abrutyn will recommend an X-ray to rule out a fracture. But he says the only way to really tell about the extent of damage is through an MRI.

If the results of your MRI show an ACL tear, there are several options. Neither the ACL nor meniscus will heal on its own. For older adults who only want to walk, swim or hike, as long as the knee doesn't buckle, four to six weeks of rest might be enough to heal the area. But Dr. Abrutyn cautions, however, that up to one-third of the patients who opt for this route will wind up with a constantly buckling knee—with the possibility of further injuries—and end up in reconstruction anyway.

For people who plan to perform more strenuous physical activity, surgical repair is an option. Orthopedists perform same-day reconstruction arthroscopically. If the tear is complete, they first harvest another tendon from your body (patella, hamstring, or quadriceps tendon) or use cadaver tissue.

Dr. Abrutyn starts physical therapy within 48 hours after surgery. "Therapy is key for range of motion, swelling, and strength," he says. Usually he predicts a return to running within three months and to cutting sports (i.e. soccer, football, basketball, and lacrosse) within 7-9 months.

After he fixes an injury, Dr. Abrutyn often hears a patient say, "I'm going to get in the best shape of my life." But he recommends getting fit before you play.

"Focus on strength training, speed and agility, and neuromuscular balance control," he says. All of these will assist with proper landing and torso control, as will working your core, quads, and hamstrings. "A lot of studies show that if you focus on neuromuscular strengthening, you'll have less incidence of tearing your ACL."

Finally, he says the same thing you've probably heard from your mom thousands of times: Stretch. "No one wants to do anything proactively," he says. "But that's what helps keep you from injury."

Out of Place: Hernias and How to Treat Them